I was going to write a big post about its challenges and rewards, but I’ll save that for another day. Right now, I’m too excited to do more than celebrate. I mean, this book was only 3.5 months later than anticipated–I’m getting better! ;D 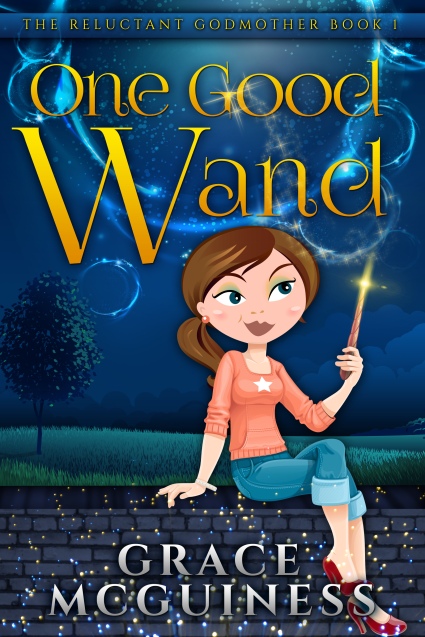 Tessa Hargitay’s life has all the makings of a perfect fairytale: A woman out of hope and out of luck; a perfect, blood-red rose; the return of a childhood crush as a handsome, charming prince-of-a-man.

Except for Tessa, it’s not your run-of-the-mill happily ever after. In fact, it’s not a fairytale ending at all. With one unwary signature, she finds herself caught up on the other side of the tale–the side full of responsibility and dire consequences, and none of the rewards.

Tricked into becoming a fairy godmother, she has one shot to save the people of Denver (and her mom) from a coma-inducing sleeping curse. Unfortunately, her mentor has vanished, the Fairy Folk are too wrapped up in red tape to be of use, and her only ally is a growly machine tech who’s as human as she is. With no training and only vague sayings to guide her, it’s a prickly briar path Tessa isn’t entirely sure she wants to take.

But then, if there’s anyone who could get Cinderella to Comic Con on time, it’s gotta be a geek with a magic wand, right?